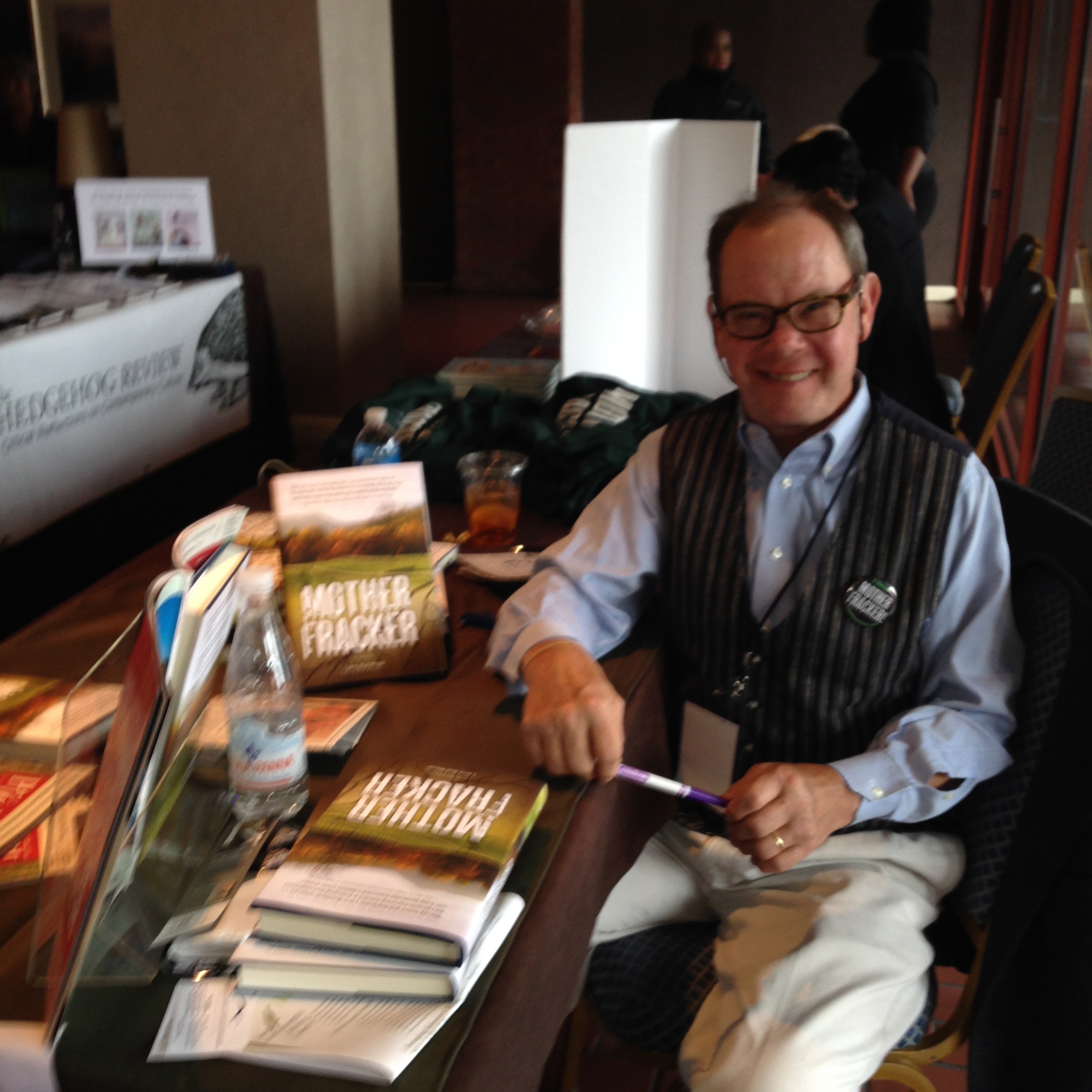 HARD AT WORK: We had a great day at The Virginia Festival of the Book on March 22, camped out in the atrium of the Omni Charlottesville.

March draws to a close and finds us back in Florida … I’m barefoot and in shorts … 36 hours removed from Tuesday’s latest late-season snow in Virginia. Our Virginia friends have officially taken to calling him Old Bastard Winter after the beating they’ve taken in 2014.

We hit the road Tuesday to trek to Lorton, VA. and the Auto Train station; good thing the snow wasn’t sticking and wasn’t particularly slick. The last stage of the trip home, the four-hour drive from Sanford, FL to Miami, was tough, both of us tired from the interesting but restless night sleeping on the train south.

But as I resume work on the next book in the Tip Tyler series, I want to reflect on the highlights of the two-week visit to Virginia.

* The Virginia Outdoors Foundation forum in Fredericksburg on March 13 was a highlight. I delivered a signed statement from RLEP opposing inclusion of tracking in conservation easements and gave a little shout-out to Mother Fracker. Kate Wofford of the Shenandoah Valley Network was the best, most-informed speaker, but the day brought reason to be concerned. DMME, Virginia’s nominal regulators, weren’t present and by-God should have been. Upcoming changes in the makeup of the VOF board suggest the session might have been halfway effective. Not sure how they’ll come down on the topic of whether they have a responsibility to keep the prospect of fracking alive “in perpetuity.” 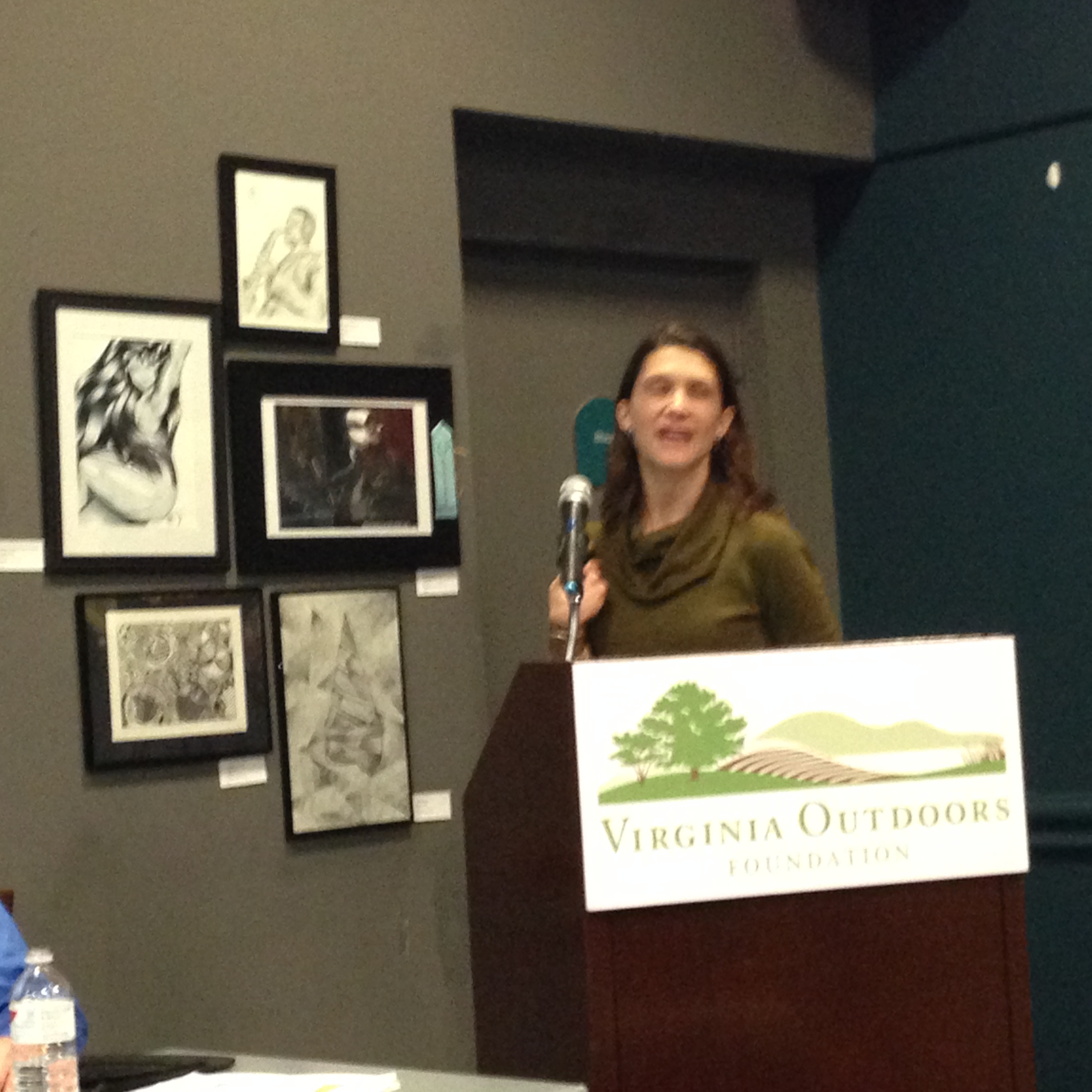 * The overnight visit to Charlottesville was terrific, the draw being the 20th Virginia Festival of the Book. We had a great day Saturday at the Morningside Press/Mother Fracker table in the atrium of the Omni Charlottesville. Sold a record number of books and motherfrackin’ T-shirts. Best of all, though, was the steady stream of visitors, book lovers, publishing industry folks who stopped by. We’re part and parcel of Virginia’s literary landscape in 2014. Good event; well organized. We’ll be back.

* Arthur Golden, author of Memoirs of a Geisha, was a fine pick for RAAC’s Second Friday at the Library event in March. He set a high bar for how I’ll approach the task when it’s my turn in May.